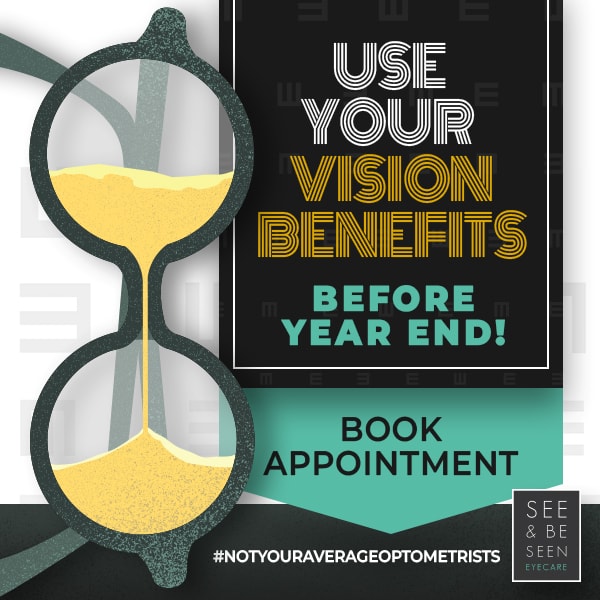 One of the biggest buzzwords over the last few years has been blue light. Consumers hear eye care professionals tell them all the time that blue light is dangerous to their vision, there’s no escaping it, and only blue light lenses can protect them. Although, some of this may be true, how do you separate fact from fiction?

This sort of back-and-forth makes it really difficult to make the right decision for your eye health. Should you invest in blue light lenses or not?

I’ve done some digging through some of the most recent research so I can give you honest and scientifically-sound answers.

What Exactly Is Blue Light?

Where Does Blue Light Come From?

Just like nearly any type of light, the sun is the biggest source of blue light in our world. But we also absorb a lot of blue light from devices like laptops, mobile phones, tablets, TV screens, fluorescent lights, LED lights, and more.

Blue light is literally everywhere. That’s why it’s so important that we understand exactly how it impacts our visual health and what we should do about it.

The Myths About Blue Light

We’ve known that regular use of digital devices causes eye strain since the early 90s. For a long time, doctors and scientists assumed that blue light was the source of digital eye strain symptoms like headaches, fatigue, dry eyes, and others. But more recent studies have found that blue light seems to have little or nothing to do with digital eye strain. Strain usually boils down to two elements: distance and blink rate.

On average, we blink roughly 17 times per minute. However, when we’re working on a computer or staring at a cell phone, the average blink rate drops down to about 6 blinks per minute. Blinking helps keep our eyes hydrated and lubricated. Without the appropriate blink pattern, our eyes become dry and irritated.

Focusing on such a short distance for long periods of time is really difficult for your eyes to sustain. It’s sort of like holding an empty glass bottle straight up in the air. The bottle isn’t heavy. But the longer you hold it there, the more your muscles will start to ache.

In some cases, there is evidence to both prove and disprove theoretical effects of blue light. As a result, we don’t always have a concrete answer whether these theories are true or false. For these specific cases, we’ll just have to wait and see what science shows us in the future.

Does Blue Light Cause Macular Degeneration?

The macula is a tiny portion of your retina. It’s super sensitive to light, and it allows you to see fine details like facial features and numbers. Macular degeneration is the leading cause of blindness in North American Adults over 55. As you can imagine, the medical community is trying to understand risk factors and causes in hopes of preventing macular degeneration in the future.

There have been some studies performed in lab mice to indicate that consistent blue light exposure can cause macular degeneration.

Having said that, some scientists say that the amount of blue light exposure needed to damage the macula is astronomically high. They make the argument that, even if we use computers, phones, and tablets ad nauseam for the rest of our lives, they still won’t emit enough blue light to cause macular degeneration. The reality is though, no blue light from a digital device is ideal.

The Truth About Blue Light

There’s a lot we still don’t know about blue light and the way it interacts with our bodies. After all, home computers were only really introduced in the 1980s, and modern smartphones were only introduced in 2007. It’s just too early to conclusively see how all of this light-emitting technology will interact with our vision. Having said that, there are a few things that we can say with some degree of certainty.

When your body realizes that it’s night time, it secretes a hormone called melatonin which makes you sleepy.

Unfortunately, research indicates that your phone, computer, and other sources of blue light could seriously disrupt your circadian rhythm and impact your ability to sleep. Blue light suppresses melatonin production. That means you may not feel tired once bedtime rolls around if you’re playing on your phone or watching Netflix on your laptop.

Of course, sleep plays a huge role in your body’s ability to maintain itself. Your immune system, your ability to think clearly, and even your ability to coordinate your movements can all be compromised without the appropriate amount of sleep. So, indirectly, blue light could be harmful to several elements of your day-to-day life just by disrupting your sleep.

Blue Light May Impact Your Mood

Blue light isn’t necessarily all bad. Just like blue light can make you feel more awake at night time, it may also help you feel more alert and focused during the day. Some evidence indicates that blue light may be more effective in boosting wakefulness, proactive thinking, and mental clarity than caffeine.

There’s also the possibility that blue light might just help us feel generally better. The Proceedings of the National Academy of Sciences believes that blue light may be helpful in treating mood disorders like seasonal affective disorder.

Are Blue Light Lenses a Scam?

The short answer is no, blue light lenses aren’t a scam. They do what they’re supposed to do: prevent most blue light from reaching your eyes.

But of course, the way blue light lenses have been marketed hasn’t always been completely honest. Some companies have led consumers to believe that blue light filtering lenses are absolutely necessary to prevent macular degeneration and retinal damage.

At this point, we don’t know enough to say that for sure. It’s possible that blue light is damaging our eyes more than we realize. In my opinion, it’s better to be safe and invest in blue light lenses until we have more information.

But as we’ve just demonstrated, there’s more to blue light than just macular and retinal damage. Your circadian rhythm impacts your hormones, your ability to sleep, the way your body metabolizes food, and pretty much every other major process your body conducts. We know that blue light can disrupt the circadian rhythm. It would be prudent to limit digital device use such as phones and tablets for a few hours before bedtime or invest in some blue light lenses.

Right now, there’s a lot we don’t know about blue light. But when we have some answers in 20 or 30 years, I want to ensure my children’s eyes are healthy enough to read them. And for right now, I strongly believe that blue light lenses are a great place to start. 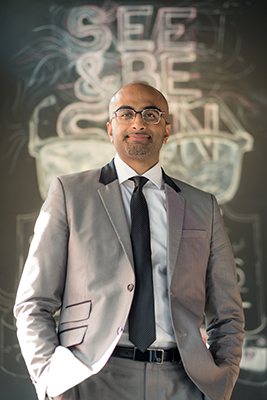 Some people grow up wanting to be a famous athlete, an astronaut, or even the Prime Minister of Canada. Dr. Patel’s childhood ambition was to be an Optometrist. His dream leads him to live and practice all over the world, but his heart has always been in Toronto.

Dr. Patel was born in Toronto and grew up in the Markham area. After completing his Bachelor of Science in 2003 from the University of Waterloo, he went on to study at the prestigious New England College of Optometry in Boston, MA.